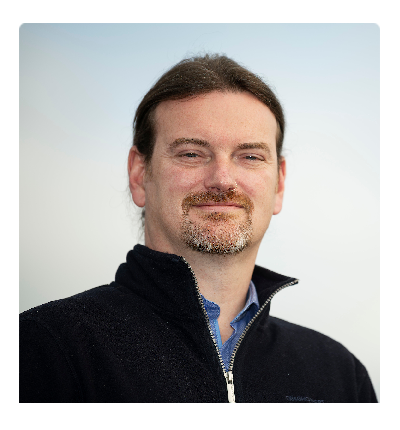 How did I get onto the rollercoaster of being an Entrepreneur?

In 1994 I was coming up to the end of a Degree in International Marketing at what was then Athlone Regional Technical College and is now Athlone Institute of Technology (AIT). It was a four-year degree and I loved it. I was incredibly lucky in picking a course I loved, because I went in knowing nothing about it! Our family business was engineering (electroplating to be exact) and the late 80’s in Ireland if there was a family business you went into it. Mainly because there were no other jobs in Ireland at the time.

I knew I didn’t want to be an engineer (too much maths), so the alternative was to study business and go into the management of the company. My first day in college we were given three choices for streams of study – accounting (maths), computing (maths) or marketing (no maths). I had no idea what marketing was, but that was my choice!

From the first class on day one I knew I had made the right decision. I fully appreciate how fortunate I was to find something I loved doing at my first attempt.

Back to 1994, and the problem with a qualification in marketing only became apparent in the final weeks of the degree, when we started getting graduate packs for recruitment. It was all major corporations. I’m not a big corporate kinda guy. In Ireland at that time, SME’s didn’t really have marketing departments and marketing consultancy was in its infancy.

I had spent four years studying for a job I didn’t want!

So, what could I do? I loved Galway and wanted to move there, but what did Galway need that I could give it?

The answer was a comic shop! I had no experience in retail, but my friend Mark did. We both had a lot of sci-fi, comics and the like under our belts. I asked him if he was interested in partnering up on a comic shop, he said yes on the spot. I’d do the business planning, marketing stuff. He’d do the stock control retail stuff and we’d both work behind the counter. Perfect. I had my mission.

The day I handed up my thesis in September 1994, I moved directly to Galway. Three months later, on the 8th of December we opened the doors of Needful Things.

I was 21 when we opened the shop and from that day to this, I have never had a ‘job’.

One week intensive in class with 10 other west of Ireland tech start-ups/scale ups planning for our businesses. The ‘Applied’ piece was the plan had to be implemented over the following six months to pass and get the Post Grad.

At this stage PiP iT was two years old and this course was a key stage its development, not least due to being where I met Prof Bob Rosenberg. Bob was the visiting Professor from Chicago Booth University who ran the program. He has been a mentor of mine since then and his advice and support has been invaluable. (Bob has now moved to Galway and is the Entrepreneur in Residence in The Portershed innovation centre where I am based.)

Doing a course like this is not just about what you learn, but who you meet.

Although not a course where I came out with a qualification, participating in an accelerator is a valuable learning experience. Dot Forge is for social impact technology companies (PiP iT is a Financial Inclusion Social Impact company) with 12 Start Ups from around the world. I participated in this 13-week program as CEO of PiP iT. Despite having a Masters in Business Strategy and twenty years’ experience, I learned an amazing amount about the process of starting a tech company and a impact company. All the Start Ups there were both tech and impact, but the distinct elements have different requirements i.e. how to be both a tech start up and make a social impact.

Regardless of how much you know already, you can always learn more.

Intensive week in LSE with a mix of twenty entrepreneurs and intrapreneurs (being an innovator within a corporate). Some were start up people like me, some where innovators in major corporations. At this stage the idea for PiP iT was in early ideation (concept) phase. Unexpectedly, within minutes of the start on day one we were told we all had to do a five-minute pitch, with the first pitch starting in five minutes. Once pitches were done, we then had fifteen minutes to form project groups… with a room of total strangers. In at the deep end for this course.

This was the first time I pitched PiP iT. With four others we formed a group with PiP iT as our project. By the end of the week in LSE, I had decided that PiP iT was my future and I was going full tilt to make it happen.

Life changing decisions can come unexpectedly, you need to be ready to grasp them.

Having only graduated a year earlier from my degree, I hadn’t enough experience to qualify for an MBA and I wasn’t prepared to wait for a Masters, so decided to do one full time… while working full time. It was a busy year.

At this stage Needful Things was in its second year and I was working on a New Product Development project of what became Air-Glide Golf Trolley. It was an idea with a prototype at the time. To move it forward I used it as the group research paper for our Innovation project – specifically on researching the international golf market. I also completed my thesis on New Product Development in Sports Industry.

Learned a lot about time management here! Working six days a week in the comic shop, doing a full time Masters and using all the project and research time on a product development I was involved in!

Be prepared to put in the long hours to achieve your goals.

A four-year Degree Program (made up of two year Cert, one year Diploma and final year Degree) was very competitive. The number of students who could progress into the Diploma and then onto the Degree were set. This meant to get into the Diploma wasn’t a case of getting to a certain mark, it was being in the top 60 in the class. For the Degree, only 30 made it through.

These four years provided me with a solid base of business and marketing knowledge that has served me well since.

We see lots of stories about entrepreneurs who dropped out of college to start a business and became billionaires. Don’t believe this hype! For every person who drops out and is successful, there are thousands who wish they had finished college. The grounding a Degree brings you will be with your forever.